Jeffrey Wright is brooding perfection in ‘O.G.,’ a prison drama immersed in reality

“Dignity, self-respect, grace. At the end of the day, that’s what you want to hold onto in here.”

Jeffrey Wright as Louis says the words to a younger inmate he’s mentoring at the prison where they’re confined, but he might as well be telling himself. With just weeks left on a 24-year sentence, and caught up in violence about to erupt in prison, the maximum-security inmate appears to be in an impossible position.

The shame of “O.G.” is that it’s not a series, so we can’t continue to enjoy the HBO production beyond its Saturday, Feb. 23, premiere. But that’s also its strength. The film’s slow-burn storytelling is uncluttered by exposition and introductions of minor players. This allows an A-plus character study, matched with an actor who is more than up to the challenge.

“O.G.” was directed by Madeleine Sackler while she was filming a documentary in the same Indiana Pendleton Correctional Facility where the movie takes place. The atmospheric authenticity is heightened by the use of real prison settings and inmates in the cast.

(Sackler’s other film, “It’s a Hard Truth Ain’t It,” following the stories of 13 incarcerated men, will be available for streaming after the “O.G.” premiere.)

Louis is at the end of a term that included running a crime syndicate in the prison, then extricating himself from that life. He meets a young inmate named Beecher (Theothus Carter, a real-life inmate with a 2051 release date) and decides to help the man avoid gang ascension that will lead to a certain quick and violent ending.

The plot is incredibly lean but always convincing. Sackler and writer Stephen Belber fill each scene with authentic detail, without sensationalizing any of it. There are plenty of tense moments, from gang violence to the “Shawshank Redemption”-style keeping and transporting of cell contraband. (Every time Louis pulls out his cellular phone under close watch from the guards is to test how long you can hold your breath.)

But the more routine moments are just as strong, on the basketball court and especially in the auto shop, where mostly elderly black and white inmates argue good-naturedly over the merits of Roy Orbison and Teddy Pendergrass. These inmates were almost certain enemies 20 or 30 years earlier. With that life behind them, the survivors are just getting to know each other as human beings. 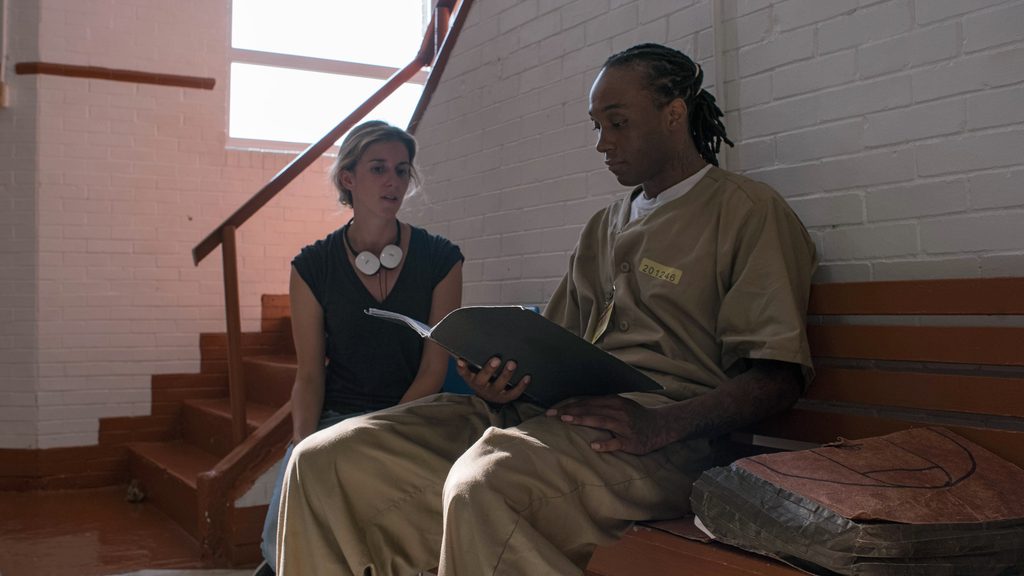 Wright is near-perfect in every moment, with a character that’s allowed to ebb and flow with the story in a way that’s rarely seen in series television. Sackler and Belber wisely limit the recurring characters in their protagonist’s life to a handful, including the always solid William Fichtner as a prison investigator who has a lot of history with Louis.

Wright plays everything close to the vest but with palpable intensity, letting the few visible feelings that Louis has left emerge in body language or a subtle exchange. There are no big speeches left in this man. But there’s an ounce of humanity still there, and he’s willing to sacrifice everything to keep it.

In the end, every cliché and nearly every expectation that comes in a typical prison film is stripped away. What’s left is an unshakable performance, and a sense that you’ve seen a piece of cinematic art that isn’t fiction or nonfiction, but somewhere in between.

TV Guy: Tale of a prisoner’s quiet desperation MOST POPULAR